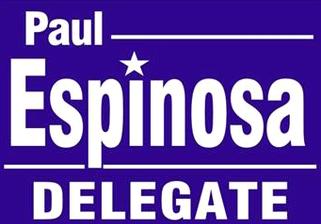 An experienced, fiscally Conservative voice for the 66th district!

Paul is a 1984 graduate of West Virginia Wesleyan College.  He and his wife Cathy reside in Pembroke Grove near Summit Point and are the parents of three children.

Paul serves as chairman of the YLA Youth in Government Committee and is an active member of St. James the Greater Catholic Church where he serves as a Reader and Eucharistic Minister.  Among his other interests are serving as a youth softball & baseball umpire and as a public address announcer for youth sporting events.